Poll: A majority see a Sarah Palin endorsement as toxic, as is the GOP defense of BP

Commentators keep telling us how influential Sarah Palin’s endorsements are, and even if the whole “mama grizzly” meme is clearly overstated, there’s no quibbling with the fact that Palin has pull among GOP primary voters.

But the more interesting point to be made about Palin is how toxic she’s become among the broader electorate. In fact, buried in the internals of the new NBC/Wall Street Journal poll is an amusing number: A majority see a Palin endorsement as a clear negative.

The poll asked people how they’d respond if a Congressional candidate had various hypothetical attributes. Asked how they’d feel if a candidate were “endorsed by Sarah Palin,” the response was…

Enthusiastic about this attribute 8%

Comfortable with this attribute 17%

Have some reservations about this attribute 15%

Very uncomfortable with this attribute 37%

So a majority, 52%, reacted negatively. And an astonishing 37 percent would be “very uncomfortable” about a Palin endorsement, more than four times the eight percent who would be “enthusiastic” about it.

Even better, there were only two attributes a candidate might have that were seen as worse than a Palin endorsement: Supporting Bush’s economic policies; and supporting the elimination of various Federal agencies and/or Social Security.

OK, so Palin, the big gun for the GOP is toxic, and now the GOP is apologizing to BP!!

Republican torture apologist, Uncle Tom Sowell was comparing Obama to Hitler again and raising fears of our constitution being trampled by Obama's treatment of BP.

So when a Republican is president, he can lock people up in dungeons without charges for as long as he wants and totally go medieval on their ass, because he feels like it.

But when a Democratic president asks a multi-national company to establish an independently managed escrow for damages stemming from their negligent destruction of the Gulf of Mexico and several states’ economies, not to mention the deaths of 11 workers, and they agree to do so — the Constitution is being trampled and the very nature of American democracy is threatened.

Posted by William at 3:42 PM No comments: Links to this post

Thanks Joe Barton for apologizing to BP. This is the guy who could be chairing the Energy and Commerce Committee if the Republicans could retake a majority. Remember how Republicans defend the perpetrator of the worst environmental disaster in US history when the next election comes around.

Barton, a Texas congressman and the highest-ranking Republican on the Energy and Commerce Committee, decided to apologize to -- wait for it -- BP chief executive Tony "I'd like my life back" Hayward during a hearing Thursday morning.

"I'm ashamed of what happened in the White House yesterday," Barton told Hayward, condemning a $20 billion account funded by BP to help pay damages from the spill and calling it a "shakedown" of the company by the Obama administration.

Barton realized his gaffe and retracted. Ooops, too little too late.
Posted by William at 6:29 AM 2 comments: Links to this post 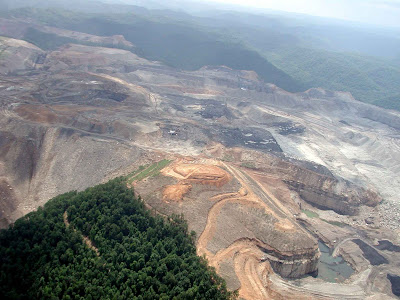 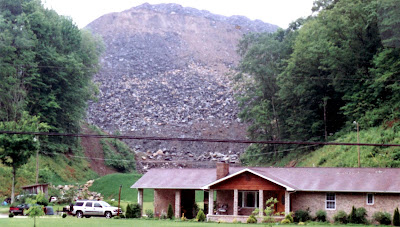 An attempt to revive a bill that would ban "mountaintop removal" coal mining in Tennessee failed in the state Senate today. The recall motion by Sen. Andy Berke, a Chattanooga Democrat, failed by a 12-14 vote that fell mostly along party lines.The bill would have prohibited surface coal mining more than 2,000 feet above sea level.

Mountaintop removal is devastating hundreds of square miles of Appalachia; polluting the headwaters of rivers that provide drinking water to millions of Americans ... but that's OK with Republicans. Tennessee already allows mountaintop mining at Zeb Mountain in Pioneer, where pollution is showing up in water supplies.

All 12 votes to ban this practice came from Democrats.

The The Republican War on the Environment continues...

more.
Posted by William at 7:14 AM No comments: Links to this post

Labels: environment, Tennessee
Newer Posts Older Posts Home
Subscribe to: Posts (Atom)
What's a "loose canon"?
Differing from a "loose cannon" which means - an irresponsible or reckless person, a "loose canon" refers to a loose set of rules, in this case ... my rules. Unlike many conservative bloggers that stifle debate and delete comments, I don't!