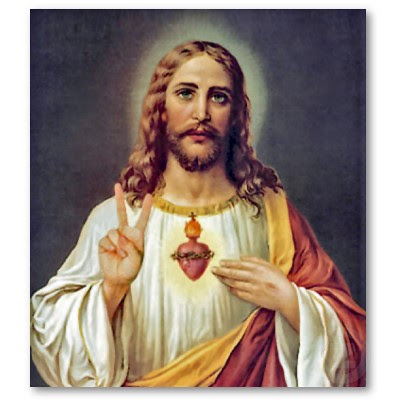 Since conservatives seem to have claimed 'ownership' of religion and 'moral values,' it is also notable that they are ignoring Biblical moral value principles - true to their consistent hypocrisy.
Why was Jesus crucified?
According to Biblical scholar John Dominic Crossan, Jesus was a philosopher who argued that true happiness could be found by charity and kindness, not by accumulation of wealth. Jesus argued that Roman commercialism had corrupted Jewish society. Jesus was a trouble maker to the Romans and made his feelings known. The only time Jesus was ever documented in the Gospls using physical force was when he expells the money changers from the temple. The small few elite Jews were getting very rich cooperating with the Romans while most were being dispossessed and taxed into oblivion. Under Roman rule, their society was becoming dominated by a wealthy arrogant elite grinding down on an increasingly desperate working class. This disparity was against the principles of Jesus, and the Bible is clear on these values:

But when you give a feast, invite the poor, the maimed, the lame, the blind, and you will be blessed, because they cannot repay you. You will be repaid at the resurrection of the just. [Luke 14:13 &14.]
If you would be perfect, go, sell what you possess and give to the poor, and you will have treasure in heaven. [Matthew 19:21]
You cannot serve both God and Money. [Matthew 6:24.]
For the love of money is the root of all evil: which while some coveted after, they have erred from the faith, and pierced themselves through with many sorrows. But thou, O man of God, flee these things; and follow after righteousness, godliness, faith, love, patience, meekness.
[1 Timothy 6:10,11]
Labour not to be rich: cease from thine own wisdom. Wilt thou set thine eyes upon that which is not? for riches certainly make themselves wings; they fly away as an eagle toward heaven.
(Proverbs 23:4,5)
He that by usury and unjust gain increaseth his substance, he shall gather it for him that will pity the poor.
(Proverbs 28:8)
The wicked borroweth, and payeth not again: but the righteous sheweth mercy, and giveth.
(Psalm 37:21)
A faithful man shall abound with blessings: but he that maketh haste to be rich shall not be innocent.
(Proverbs 28:20)

What would Jesus think of Republicans targeting the poorest and weakest among us by cutting funding for community health centers, heating for the poor, foodstamps, and medicare while fighting tooth and nail to protect tax cuts for the most weathy?
During the election, Republicans lied through their teeth - accusing the Democrats of wanting to cut Medicare and SS. Now look at the hypocrites... planning to phase out Medicare for those under 55, cutting programs for the poor and elderly while fighting to preserve a tax cut for the wealthiest Americans.

A little history: Note the titles given to these Bush tax cuts for corps and the rich:
Cut #1: Economic Growth and Tax Relief Reconciliation Act of 2001
Cut #2: Jobs and Growth Tax Relief Reconciliation Act of 2003
Cut #3: Tax Increase Prevention and Reconciliation Act of 2005
Well guess what? There was no economic growth and the worst job creation of any modern presidency. The Republican fantasy of trickle down has a proven record of failure, yet they keep sticking to it because of their puppet masters and their innate mental predispostion of not being able to adapt.
This is not to say that Obama is a socialist. We all know where that lie comes from. Like previous presidents, Obama is well connected to the JPMorgan Chase money machine. It just goes to show how hypocrisy runs deep among religious conservatives who now use "socialism" as a dirty word and rallying cry against Democrats.

So, do these GOP generated lies about America becoming consumed by socialism have any bearing in reality? Quite the contrary! America is anything but socialistic. America ranks dead last in social spending among industrialized nations.*
(*OECD members)
Posted by William at 8:12 AM 6 comments: Links to this post

Labels: conservative hypocrisy, politics and religion
Newer Posts Older Posts Home
Subscribe to: Posts (Atom)
What's a "loose canon"?
Differing from a "loose cannon" which means - an irresponsible or reckless person, a "loose canon" refers to a loose set of rules, in this case ... my rules. Unlike many conservative bloggers that stifle debate and delete comments, I don't!