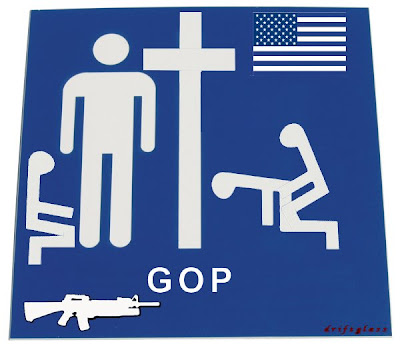 Larry Craig is NOT resigning.
Posted by William at 11:24 PM 2 comments: Links to this post

A transcript of a discussion between President Bush and Spanish Prime Minister Jose Maria Aznar in February 2003 in which Bush told Aznar that the U.S. would go to war with Iraq to disarm Saddam Hussein with or without a UN resolution:

“We must take him right now. We have shown an incredible degree of patience until now. There are two weeks left. In two weeks we will be militarily ready ... We will be in Baghdad at the end of March.”
--GW Bush, 2/22/03

Less Than 2 weeks later, Bush insisted to the American public that war with Iraq was not a certainty:

“I’ve not made up our mind about military action. Hopefully, this can be done peacefully.” GW Bush , 3/6/03

“We are doing everything we can to avoid war in Iraq. But if Saddam Hussein does not disarm peacefully, he will be disarmed by force.” GW Bush, 3/8/03

Posted by William at 10:51 PM 2 comments: Links to this post

Tennesseans, here's our congresswoman Blackburn who can complain about every detail of a political ad she doesn't like, bash the NYT for running it, yet she doesn't have a clue of the name of the last soldier from her district killed in Iraq: Jeremy Bohanon killed in August, just 18 yrs old. Listen to her talk, what a dim-whitted phony.

"I still think it's a little bit suprising that you didn't know the name of this last soldier killed in Iraq [from your district] who was only 18 yrs old, yet you know so much about the MoveOn.org ad and the tactics you don't like."

And yes folks, it’s been reported - he’s a registered Republican.

DETROIT — A U.S. Justice Department official has been arrested on suspicion of traveling to Detroit over the weekend to have sex with a minor. John David R[oy]. Atchison, 53, an assistant U.S. attorney from the northern district of Florida, was arraigned in U.S. District Court in Detroit Monday afternoon. An undercover officer posed as a mother offering her child to Atchison for sex, according to police. Prosecutors said Atchison flew from Pensacola, Fla., to Detroit on Sunday intending to have sex with the 5-year-old girl. He was arrested at Detroit Metropolitan Airport. He is charged with enticement of a minor to engage in sexual activity.

The undercover detective expressed concern about physical injury to the 5-year-old girl as a result of the sexual activity. Detectives said Atchison responded, ” I am always gentle and loving; not to worry, no damage ever, no rough stuff ever. I only like it soft and nice.”

Questions to be asked:

How many times have we heard the phrase? -

“US attorneys serve at the pleasure of the president”

I’m sure glad Rove and BushCo weeded out all those bad US attorneys! In his spare time, Atchison is the president of the Gulf Breeze Sports Association, a sports league for young children.

Related:
Just weeks ago, another Republican sex scandal in Florida came to an end when St. Petersburg’s Republican City Council Chairman John Bryan committed suicide after news spread that authorities were investigating allegations that he had sexually abused three girls, including two of his adopted daughters, ages 12 and 15.

Gahzette - Atchison’s boss, Gregory Miller, was appointed by pResident Bush in 2002 as US Attorney for Northern Florida. He was proud of his record of hunting down pedophiles who use the internet to lure their prey or who possess child pornography.
Posted by William at 9:26 AM 8 comments: Links to this post

Newer Posts Older Posts Home
Subscribe to: Posts (Atom)
What's a "loose canon"?
Differing from a "loose cannon" which means - an irresponsible or reckless person, a "loose canon" refers to a loose set of rules, in this case ... my rules. Unlike many conservative bloggers that stifle debate and delete comments, I don't!